How many hummingbird species are there?

The hummingbird family is very large, with over 330 species and 115 genera, mostly south of the U.S. Hummingbirds are found only in the Western Hemisphere, with almost half the species living in the "equatorial belt" between 10 degrees north and south of the equator.

Fewer than two dozen species venture into the U.S. and Canada, and only a few species remain year-round. On this website we feature the 18 most common hummingbird species found in the United States and Canada.

Many hummingbirds look alike ... how do I tell the difference?

Hummingbirds are among the smallest of all birds, with most species measuring in the 3"-5" range. They feature long slender needlelike bills adapted for reaching deep into tubular flowers.

But many hummingbirds look alike, and sometimes juveniles and females are really difficult to differentiate. Shown below are side-by-side comparison charts of several common species that feature similar markings and coloration. 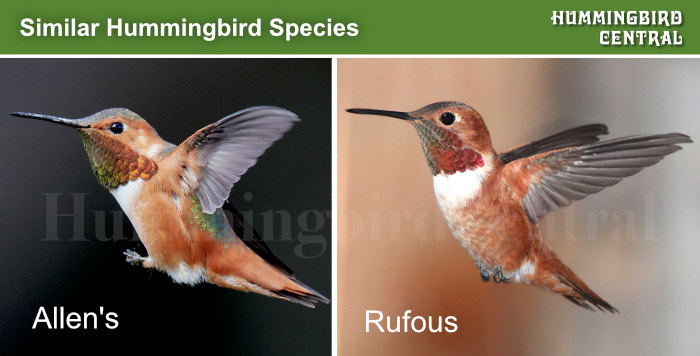 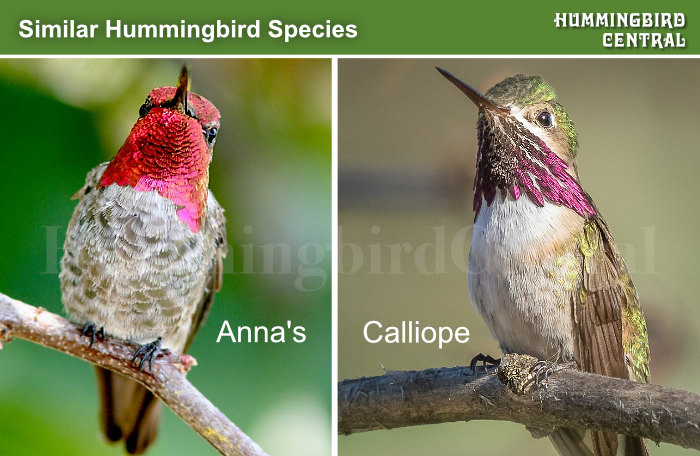 This is a list of the 18 most common hummingbird species found in North America and featured on this website, with identification details, ranges, characteristics and photographs: